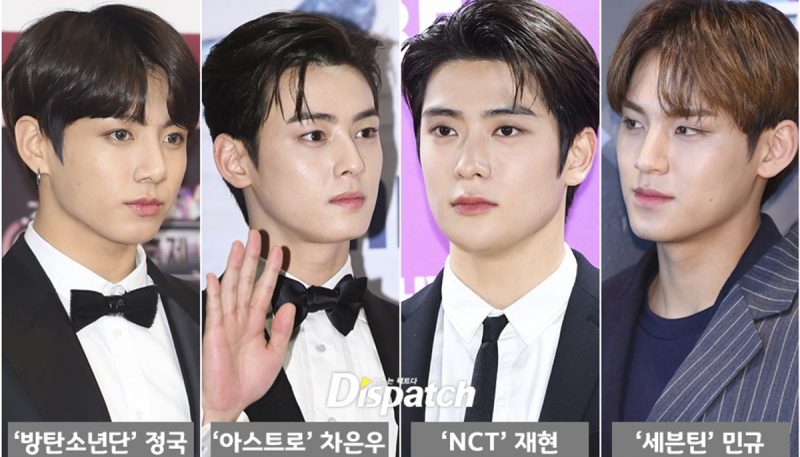 The Korea Centers for Disease Control and Prevention reiterated the importance of social distance on Apr 25th, Saturday.

"The most dangerous signs in COVID-19 response are vague expectations and vigilance such as 'I'll be okay' and 'It's about once'." (KCDC, April 25)

And on that day, the four idols representing K-pop gathered in Itaewon. They spent the beginning of the golden holiday (April 24-May 5) in Itaewon. It is from the evening of the 25th to the dawn of the 26th. 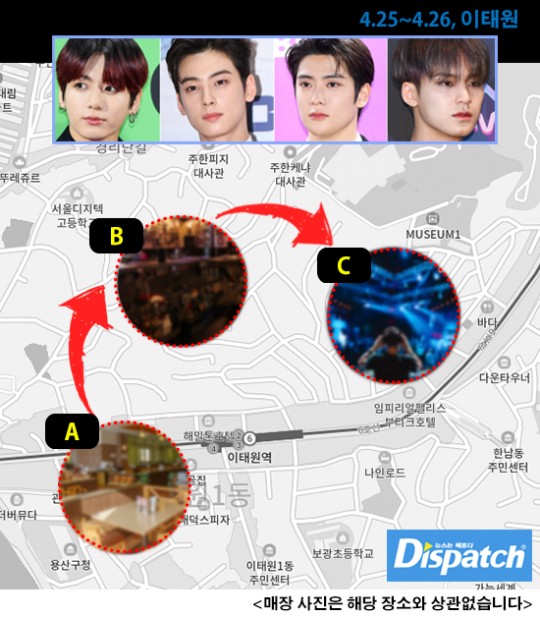 Dispatch recently confirmed the reality of <Itaewon Idol>, who was rumored. The idol gathered in Itaewon on this day '97 Gathering'. The members of the 1997 born gorup are 'BTS' Jungkook, 'Astro' Cha Eunwoo, 'NCT' Jaehyun, 'Seven Teen' Mingyu.

Jungkook, Cha Eunwoo, Jaehyun and Mingyu went around  two Itaewon restaurants and entertainment facilities in Itaewon. Of course, at this time, 'COVID-19' was on a null. It is possible to judge the situation rather easily.

The problem is how to cope after that. On May 5th, the spread of the area from Itaewon Club began. Following the 2nd and 3rd, even the 4th regional propagation cases came out.

The Headquarters of KCDC had an emergency and appealed that "(April 24-May 6) People who visited the Itaewon entertainment facility urged them to refrain from going out and stay at home."

Jungkook, Cha Eunwoo, Jaehyun, and Mingyu were diagnosed with COVID-19. Results are all negative. However, when considering the incubation period, they should be careful for at least 2 weeks (until May 10).

For example, Cha Eunwoo started his comeback activities for "ASTRO." He appeared on "Cultwo Show" and "Hidden Track" on May 7th. He appeared in "Music Bank" and "Show! Music Core" on May 8th and 9th, respectively.

In case of Jaehyun, 'Popular Song' MC activities continued. On the 26th of last month, and on May 3rd and 10th, he went live. Jungkook and Mingyu had no official (external) schedule.

The witness, A from Itaewon said on Didspatch that " I was in the same place and I'm negative." "I refrained from going out for two weeks," A said. "It's more problematic to act as if nothing happened."

In fact, In the case of the B entertainment facility where the '97 group' members visited, a ban on the gathering was issued. This is the middle of the bar and club. It is a place with high density and not easy to keep away.

The agency's complacency is also subject to criticism. When the 'Itaewon idol' rumor was filed, some agencies were consistent with 'private life' or 'unconfirmed'. They didn't brake on group and personal activities.

The essence of Itaewon idol is not whether or not to participate in 'social distance' "Have you gone or not?" is a consumptive argument.  At the heart of the matter, complacency. At the same time, it is irresponsible (of the Agency.) It's not best not to be revealed.

The Korea Centers for Disease Control and Prevention asked not to be vigilant on April 26th.