It is a stake in JR's new song "I'm in Trouble." Although JR is a rapper, the part distribution is similar to the main vocal, Baekho. The other members are the same. The five members are in harmony for three minutes and four seconds.

The results that surprised the fans came from the producer, Baekho. He wrote and composed five songs for the 8th EP "The Nocturne," becoming the first main producer since his debut.

Not only did he care about distribution, but he also showed off his high-quality skills among idol composers. Without common self-reproduction, it is expanding their scope, not limited to one genre.

'NU'EST' announced successful comeback with 'The Nocturne'. It contains various aspects of 'Night' where emotions become a little more honest. What about the night that NU'EST and Baekho drew?

What about 'NU'EST's night? I tried to express it in various ways. It can be interpreted freely depending on the listener.' (Baekho)

First of all, he is  out of the worldview. Baekho started his first work with a big frame of 'night'. The song is 'I'm in Trouble.' He talked constantly about the night with the members. 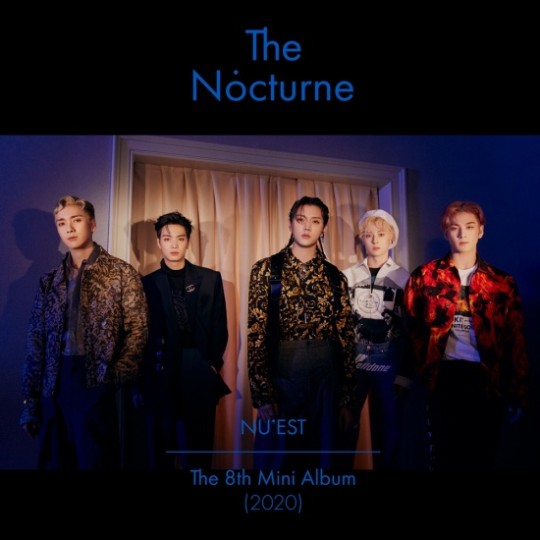 "I wanted to interpret the night in as many ways as possible. Night can be the end of the day for someone, but it's time for someone else to start.

'I'm in Trouble' was co-produced by Baekho and Bumzu. The genre is R & B pop. Expressed the moment of falling into each other with intense attraction. It is modern, straightforward, and provocative.

"There were a lot of songs that I worked on with the title track in mind. Some songs actually finished recording. I made a song until I felt it. After several attempts, 'I'm in trouble' was born.

A new attempt is seen in the popular genre. In Particular, 'base guitar mute' is impressive. "I've tried several instruments for gorgeous sound. Then the sound interrupted the groove of the song. I picked up the instrument in a minimalist way. I paid the most attention to the guitar riffs starting in front of the song."

Bumzu devoted to chorus parts. To make the sub-bass look like showing various low-pitched, I used a glide (smoothly going to the next note) editing method. He made the details of raising and lowering the pitch. 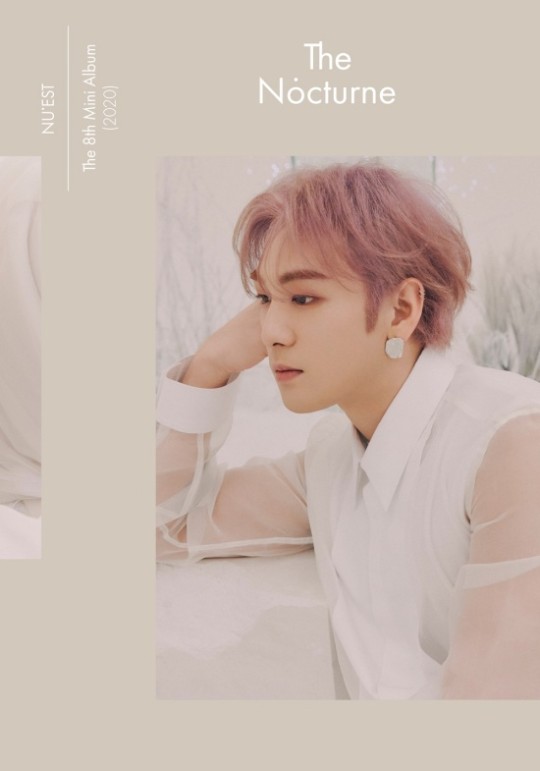 The biggest advantage Baekho says is the voice of the members. He paid attention to the transliteration, pronunciation, and character of each member to record 'I'm in Trouble.' He was thinking to give the most suitable parts to the members.

I think the vocal parts of the members are the most important. I'm thinking about how to bring out the charm of each person to the maximum. I think I feel 'this is NU'EST style' only when the recording is complete."

The members' efforts were also great. The change of rapper JR is impressive. Rap like  talking is attractive. In fact, the part called “If your friends asked you who I am” was made by thinking of JR.

"Personally, I like Jonghyun's singing voice. Not only the title song, but also the song '꼭' Jonghyun was the best. He knows how to express his feelings in full." 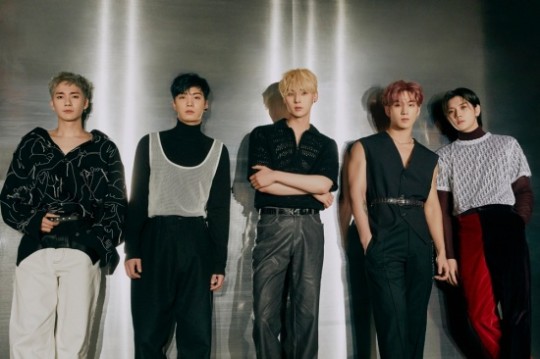 "Part distribution seems to come out really naturally because I know the members' personality and write songs. I think it's the advantage of writing NU'EST songs. So every night, the members spent a fierce time in the studio from the time they made the song.

However, his part was down compared to the previous song.  He didn't even put his specialty 'high note' in the song. He wanted the vocals of the members to stand out more than himself.

"I'm proud to see the members singing. When recording the title song, I think if this fits perfectly, this album will go well.  That song is 'I'm in trouble'."

For Baekho, the night is passion. He spent fierce time in the studio every night. Through that effort, he has grown into a main producer who could write, compose and arrange songs.