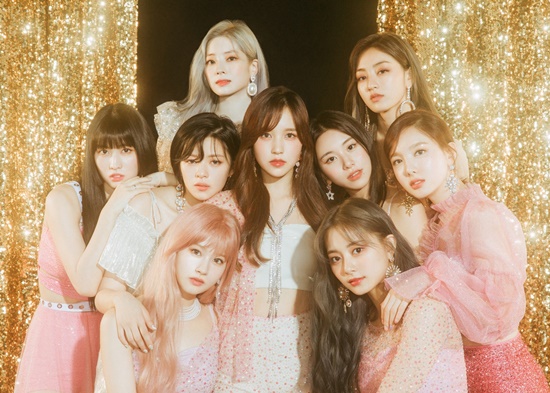 The group 'Twice's new album 'MORE & MORE' has been named by composers who have worked with prominent musicians such as 'Maroon 5' and 'Lady Gaga'.

According to TWICE's agency JYP Entertainment on May 22nd, composer and producer MNEK participated in producing and composing the title track "More and More" of TWICE's 9th EP. He is the producer of American singer-songwriter H.E.R., which won the Best R & B Album category at the 61st Grammy Awards.

In addition, Justin Tranter, who participated in the song, is famous for car advertisement music, 'Cake by the Ocean' by DNCE, and Selena Gomez's 'Loose You to Love Me', which ranked first in the Billboard main single chart 'Hot 100', and he is popular composer who made the signature song 'Believer' by American rock band Imagine Dragons.

Julia Michaels, who also worked on the song, is an expert to work with world stars such as Lady Gaga and Maroon Five. She also participated in the production of '2002' by Anne Marie, which was loved in Korea.

Swedish born Zara Larson topped the UK single chart with the song "Symphony" with the band "Clean Bandit", and in June last year, she collaborated with the group BTS to draw attention.

Along with this, JYP's CEO and Producer Park Jinyoung arranged and composed the song. Park Jinyoung made mega hit songs such as 'What is love?' 'Signal' and 'Feel Special'.