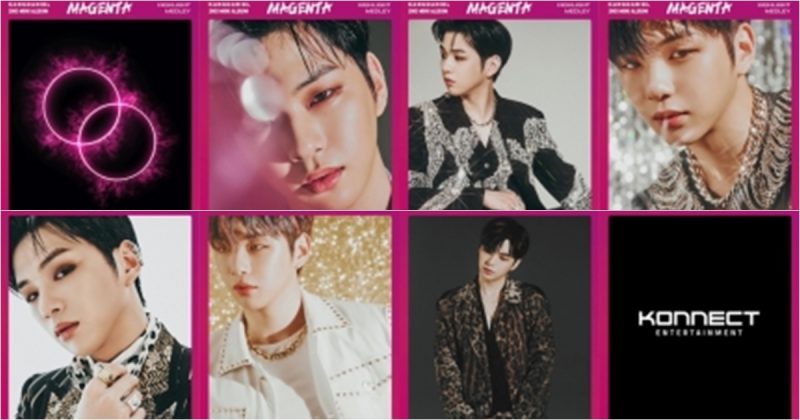 Kang Daniel unveiled the highlight medley of his second EP 'MAGENTA' via the official YouTube on July 23rd.

'MAGENTA' includes a total of six tracks including the title track 'Who U Are'. The title track is a song that unleashes energy that will awaken emotions that ourselves didn't even know. 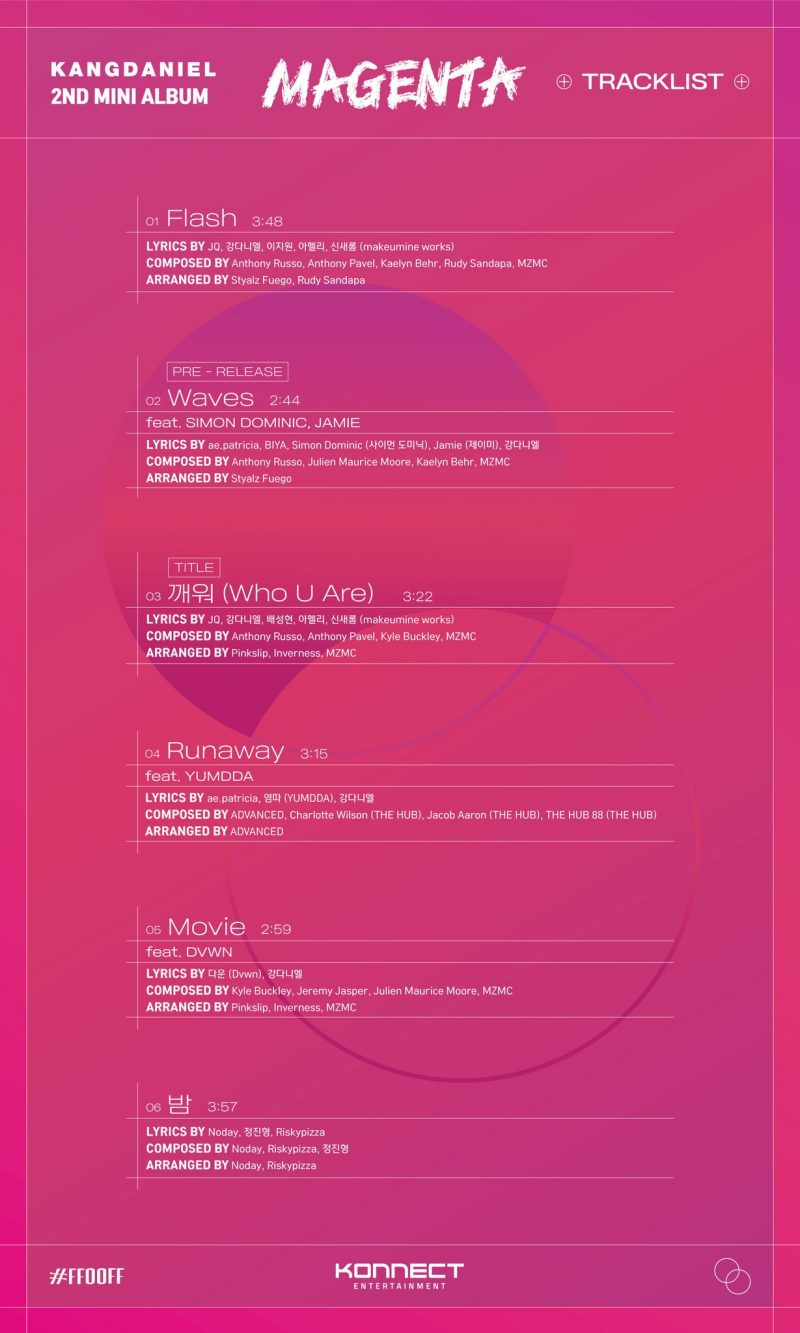 The first track 'Flash' is the song that marks the beginning of summer.  The song contains the will to go to find toward light with my own compass.

'Waves' were sensational. Simon Dominic and Jamie participated in featuring.

In 'Movie', the emotions felt by the first person who he met for the first time were expressed in a movie.

Kang Daniel heralded a further grown up of the performer. Out of the total six tracks, Kang Daniel participated as a lyricist for five songs. He will perform the fans experimental hip-hop and dance hall music.

On July 27th, Kang Daniel will release the pre-release song 'Waves'. On the 3rd of next month, the new album 'Magenta' will be released on the main music sites at 6 PM.