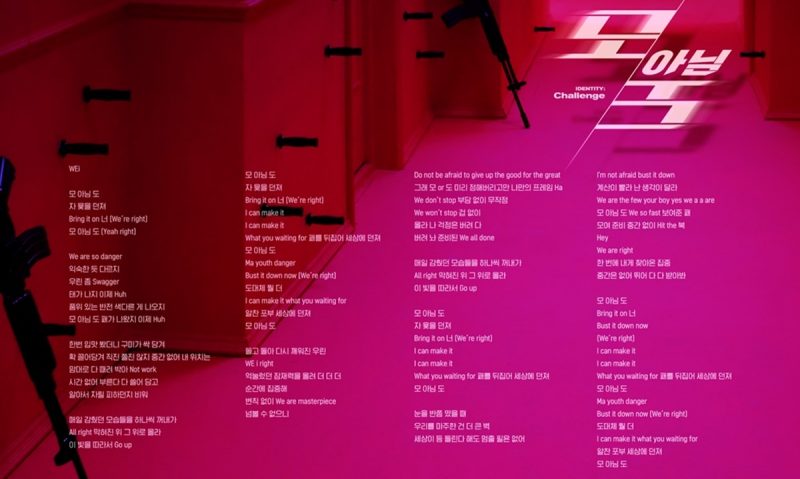 Wei appeared on the new song spoiler, before the release of a new song the lyrics were released in surprise.

On the 22nd, Wei released their 2nd mini album “IDENTITY: Challenge” title song “All or Nothing” lyrics image on the official SNS.

The image was intense. The lyrics were written in the background of the red-toned corridor and the wall with a bear doll and a revolver. There was a subtle yet unconventional atmosphere.

The new album is an extension of the “Identity” series, which promotes the identity of Wei. It contains the challenges, changes and growth of Wei intact. Various genres of music were included.

A leader and a rapper Jang Dae Hyeon participated on lyrics, composition and producing for the title song “All or Nothing”.