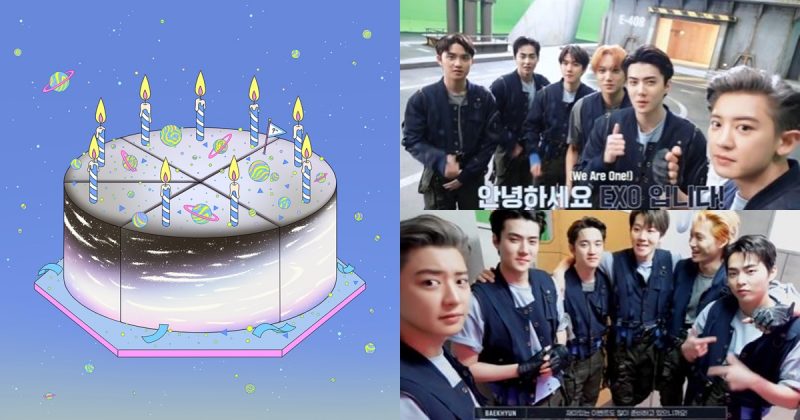 EXO is making a comeback in the first half of this year. ON the 9th anniversary of their debut, a new album was announced.

On the 8th, EXO surprisingly released artwork and spoiler videos on the official SNS. It was a picture of a 9 candles on it.

As piece of cake lifted, the universe was revealed then candle went out. The camera illuminated the planet.

“This is before we flew into the space” said Kai. Baekhyun said, “The spacious feeling o CG is going to be amazing”.

There was a chorus on the background. D.O, danced to the chorus. Baekhyun mentioned “I hope you will be looking forward to the Exo album”.

EXO is currently preparing for a new album. It aims to release the album in the first half of this year. New contents will be released sequentially.