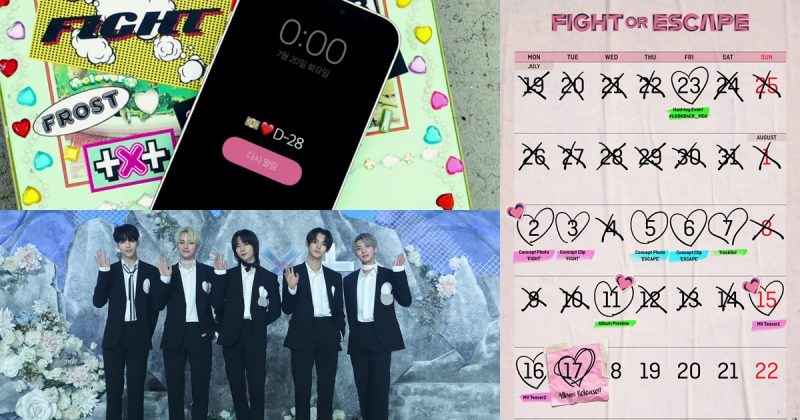 On the 20th, TOMORROW X TOGETHER released the promotion calendar for their 2nd regular repackage album ‘The Chapter of Chaos: Fight or Escape’ on their official SNS on the 20th.

TXT foresaw rich content that will thrill fans around the World. In the calendar image, a handwritten heart was displayed on the main content release schedule.

The schedule for the comeback was announced in advance. Starting with the hashtag event on the 23rd, two versions of concept photos and clips will be released. ‘Fight’ on August 2nd-3rd, ‘Escape’ on 5th -6th, and more.

Then the track list will be released on the 7th, the album preview on the 11th, and the official music video teaser on the 15th and 16th. It is expected to heat up the comeback fever.

This is a super-fast comeback after 2 months. TXT received a lot of love with their 2nd full album ‘The Chaos Chapter: Freeze’ on May 31st.