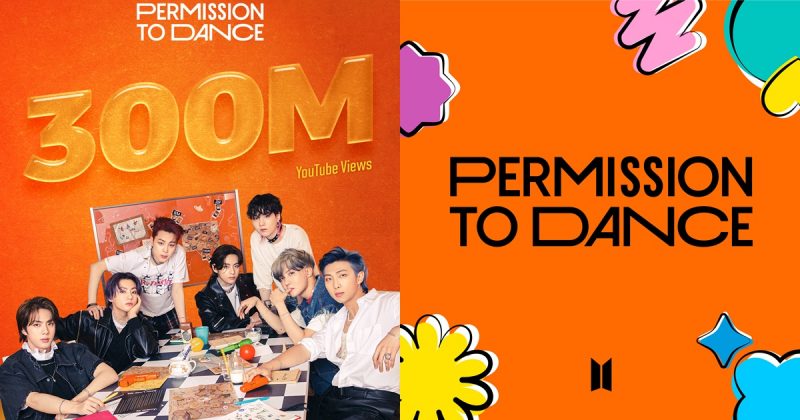 The number of YouTube views of the music video for ‘Permission to Dance’, which was released worldwide in July, exceeded 300 million at 12:59pm on September 10. With this, BTS will have their 18th music video with 300 million views.

‘Permission to Dance’ is a light and exciting dance-pop genre song with the lyrics, ‘You can dance as much as you like without permission’. The song topped the ‘Hot 100’ on the US Billboard’s main single chart on July 24th, and the latest chart of ‘Weekly Streaming Ranking’ announced by Oricon Japan, the cumulative number of playbacks exceeded 100 million.